Bollywood actress, Kiara Advani is slowly and steadily getting into the limelight with her impressive performances in films like Kabir Singh, Shershaah and Bhool Bhulaiyaa 2. Not only this, but with projects like RC15, Jug Jugg Jeeyo, Govinda Naam Mera, and some other untitled projects, Kiara looks quite ready to enter the list of A-list actresses of the Indian cinema. While on the professional front, Kiara Advani is riding high, in terms of her personal life, too, she is hitting the headlines every now and then.

The handsome actor, with whom Kiara Advani is reportedly getting linked in the media for some time now, is her Shershaah co-star, Sidharth Malhotra. However, none of them has confirmed their relationship so far. But speculations are on the rise once again that they are reportedly dating each other. With every passing day, Kiara’s fandom is growing, and everyone wants to know more about the actress. However, one thing that everyone wants to know is the location where their favourite actress lives. So without further delay, let’s get straight into Kiara’s luxurious home in Mumbai!

The location of Kiara Advani’s house in Mumbai 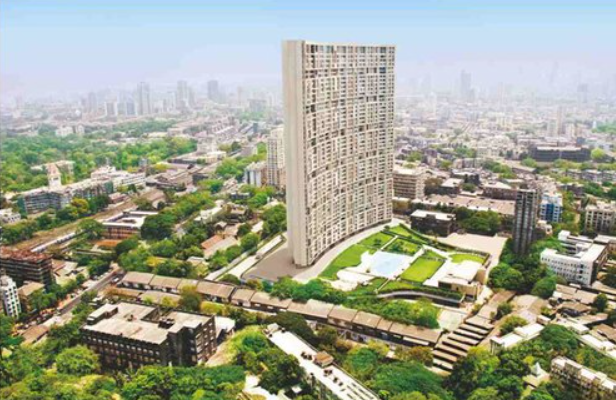 Bollywood actress, Kiara Advani lives in one of the most famous and high-end projects, Planet Godrej, which is a group of five residential skyscrapers located in the Mahalaxmi area of Mumbai city. With 51 floors and 300 plus residential apartments, including 2BHK, 3BHK and 4BHK, it is one of the city’s most expensive and famous buildings.

Apart from being one of the cleanest and posh areas of Mumbai, the Mahalaxmi area also has a picturesque view of the Arabian sea, the famous Haji Ali Dargah and a racecourse. Undoubtedly, the location of Kiara’s house is second to none. 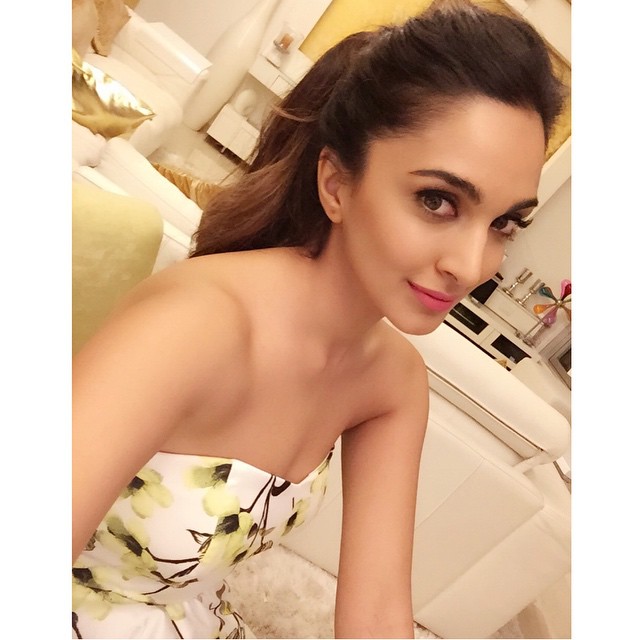 The interiors of Kiara Advani’s living room feature an all-white theme, and it’s straight out of a fairytale. However, if the white interiors weren’t enough to exude peaceful vibes inside Kiara’s spacious living room, in that case, the floor-to-ceiling windows are up for it, as they enhance the overall beauty of the place. Don’t Miss: Inside Manoj Bajpayee’s House, Designed By His Wife Shabana: From Den Room To A Secular Prayer Space 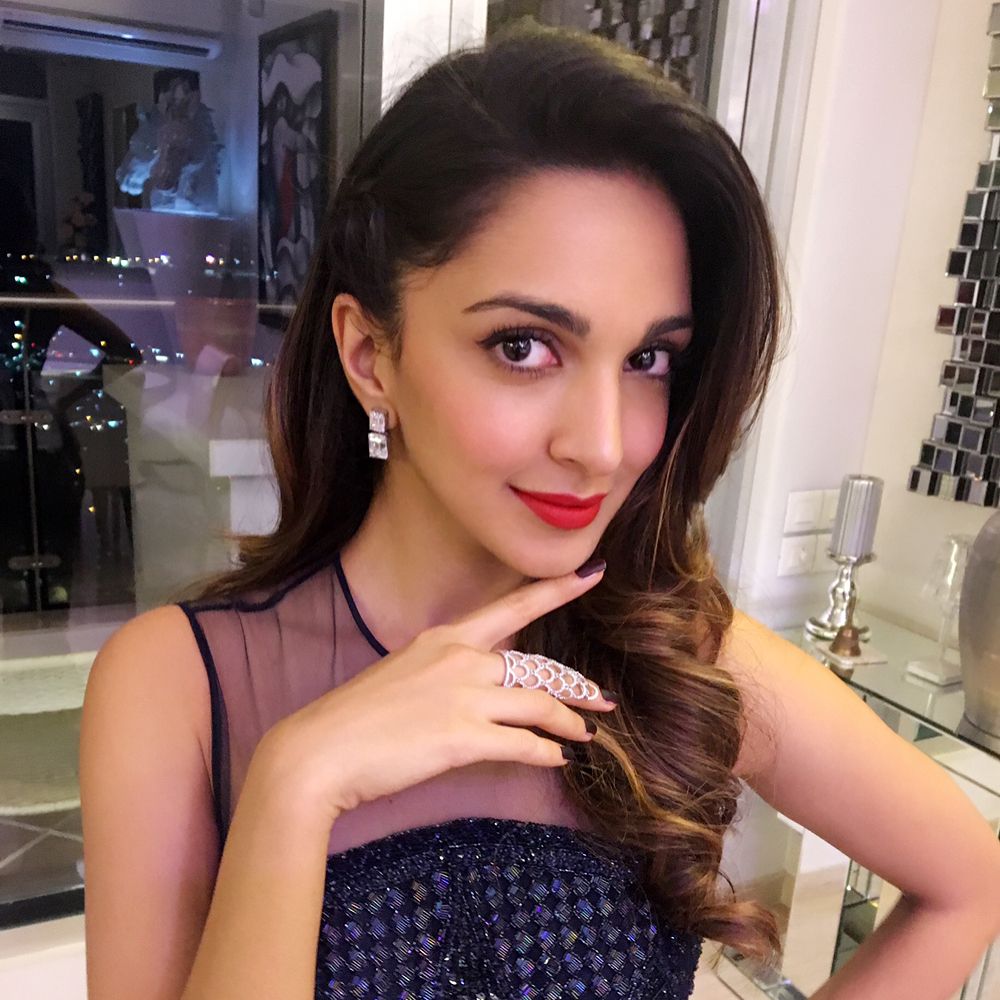 Kiara Advani is an avid Instagram user, who loves documenting her life on social media. We have often seen her posting jaw-dropping pictures on her different social media platforms every now and then. While it’s her outfits and style that catch everyone’s attention, there’s no denying that the mosaic-style mirror in the background is really the heartbeat of her stunning pictures. 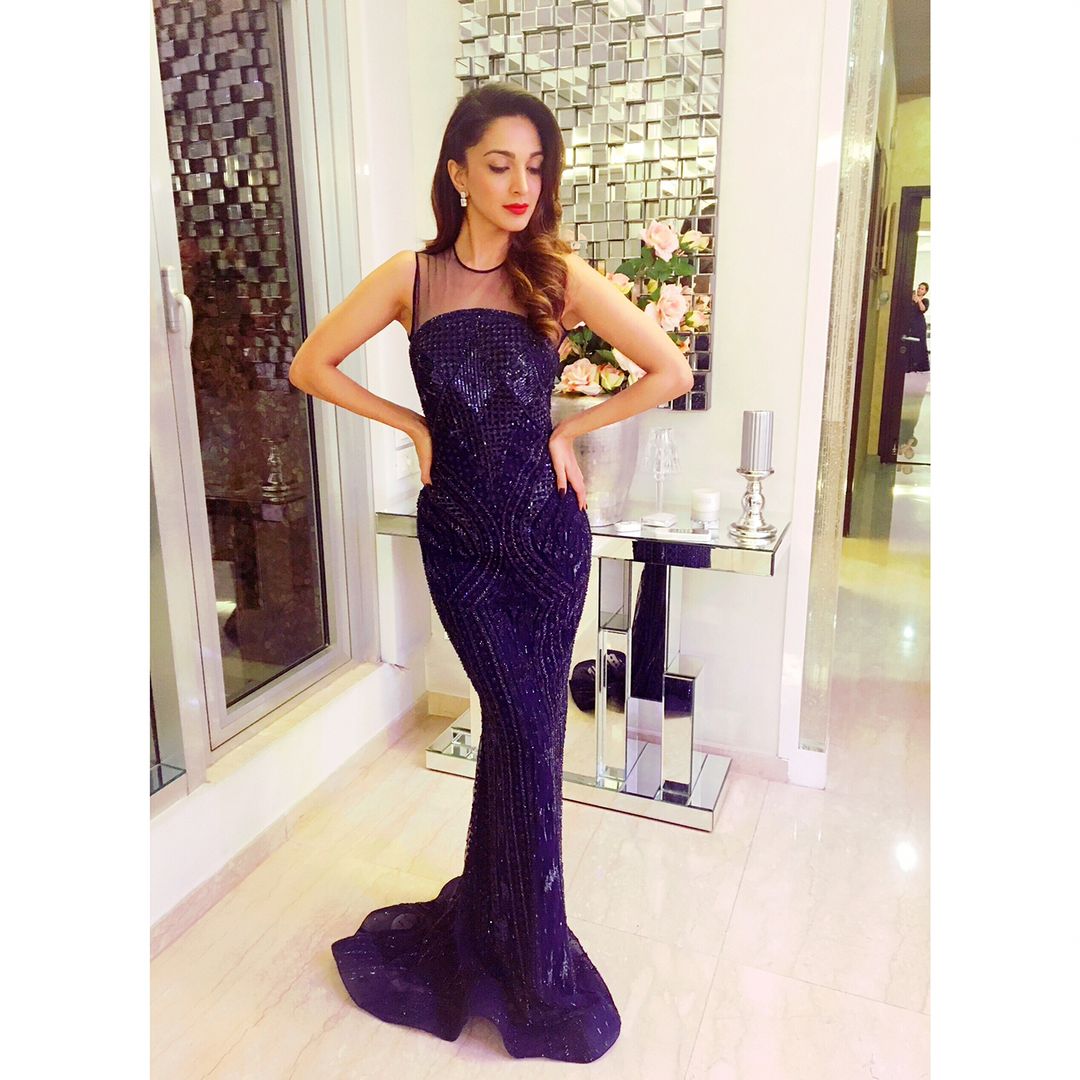 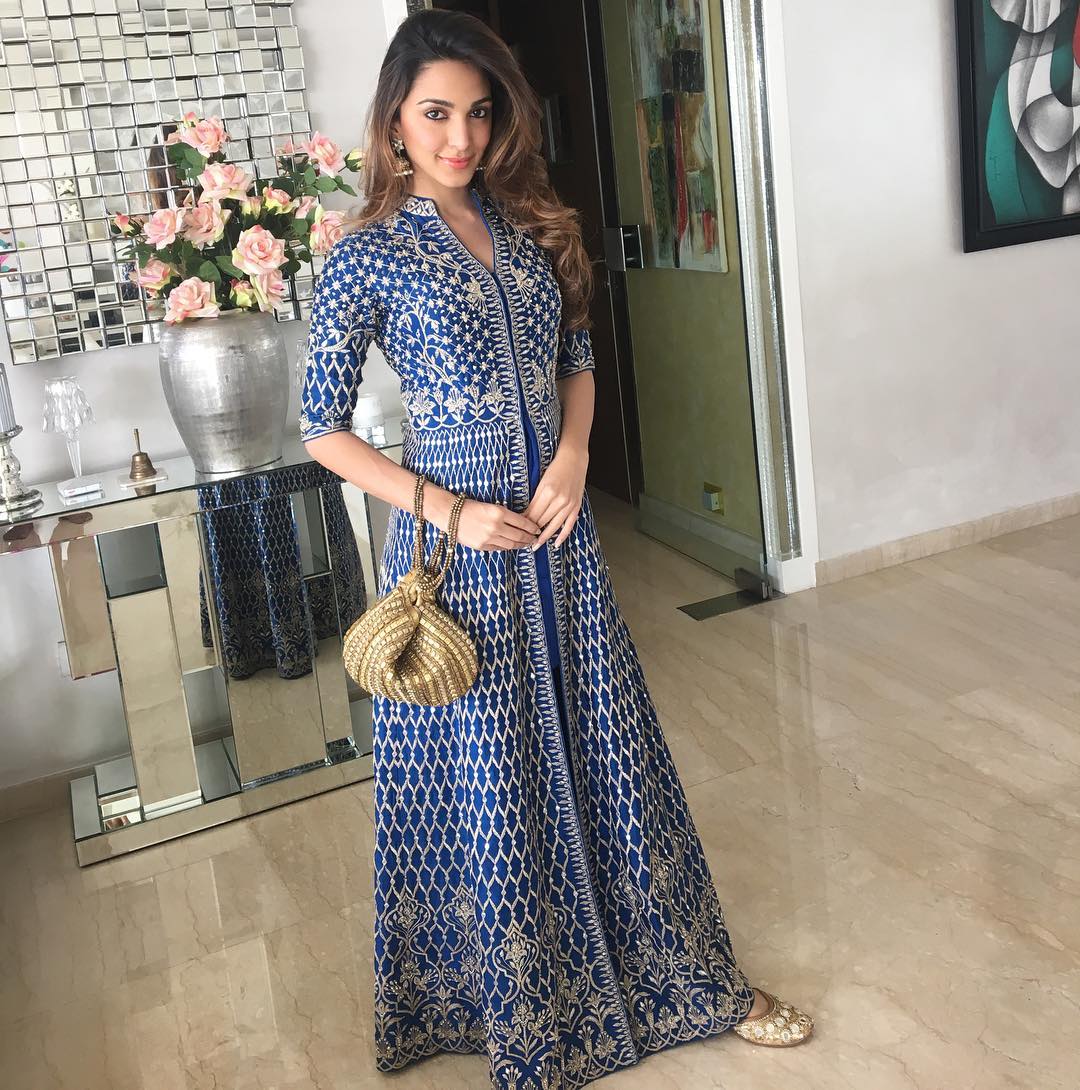 The unique mirror is tucked in the corner of her beautiful living room, and below it, we can also witness another gem, a geometric mirror-detailed side table. So it’s quite understandable that Kiara is in love with mirror art. In one of her pictures, we can also spot a large silver-coloured vase, which is the home of fresh roses. Alongside it, we can also spot two breathtaking candle holders dipped in silver. Just like everyone, Kiara Advani is also a huge fan of decorating walls with memories. However, the actress has given a little twist to it, as she has chosen a hallway instead of a wall to tuck those memorable frames. The earthy palette and wooden panelling on the ceiling of the corridor area are simply a work of art.

Choosing the hallway that connects the living room with the bedrooms is quite understandable, as the creamy wall paint does appropriate justice to the artworks and photo frames. 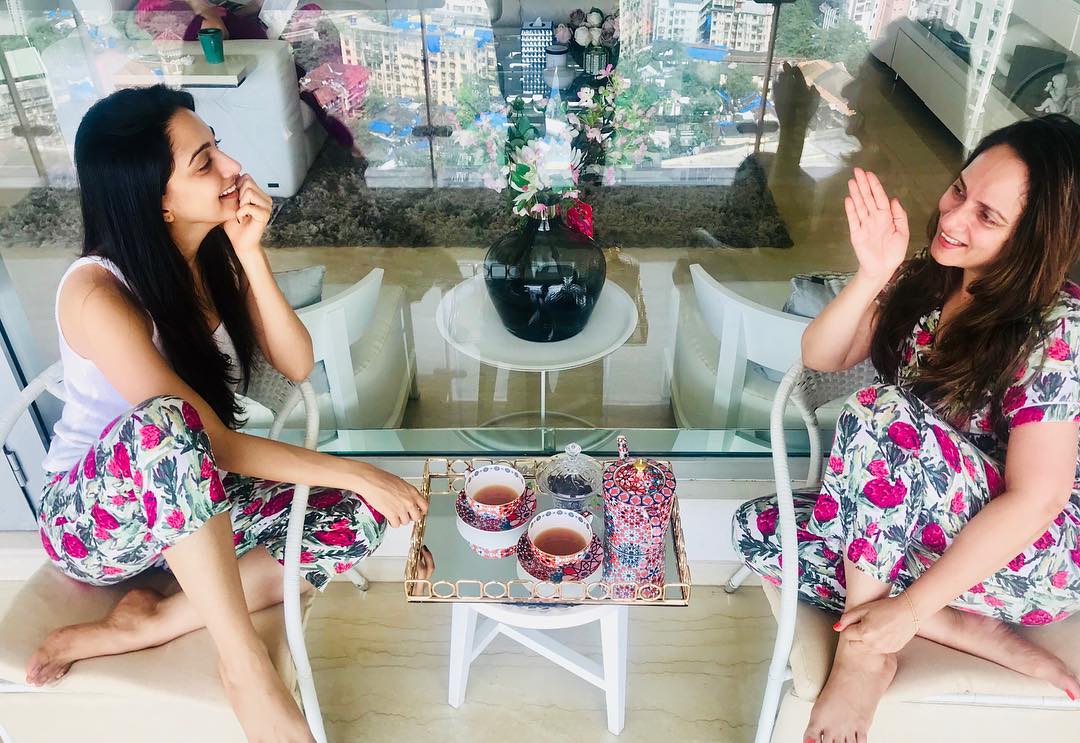 One of the biggest advantages of a high-rise building is that it offers surreal and insanely amazing views of the city, and when we are talking about Mumbai, then things just can’t get any better. Kiara Advani’s balcony offers a picturesque view of the Mumbai skyline and is perfect for morning or evening tea sessions. 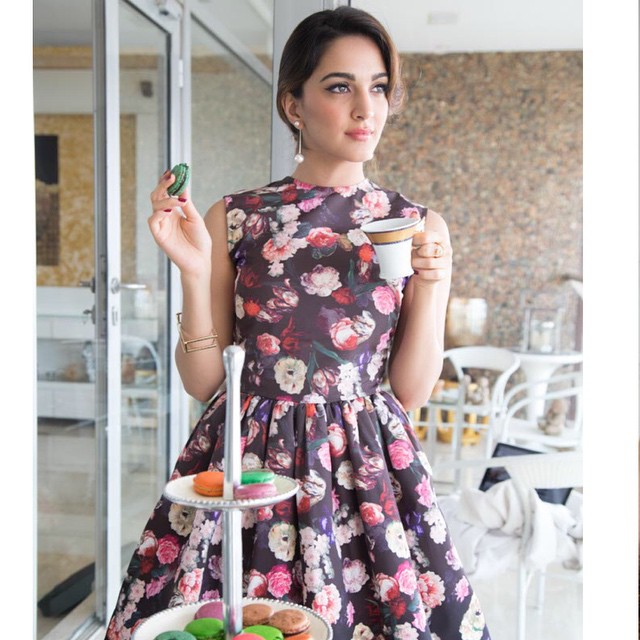 With the creamy marble flooring in the balcony area and cane furniture for those chilling sessions, Kiara’s balcony also offers a textured brown wall worthy of Instagram snapshots for sure.

You May Like This: Armaan Malik’s Minimalistic Suburban Apartment Has A Music Room With His Trophies On Display 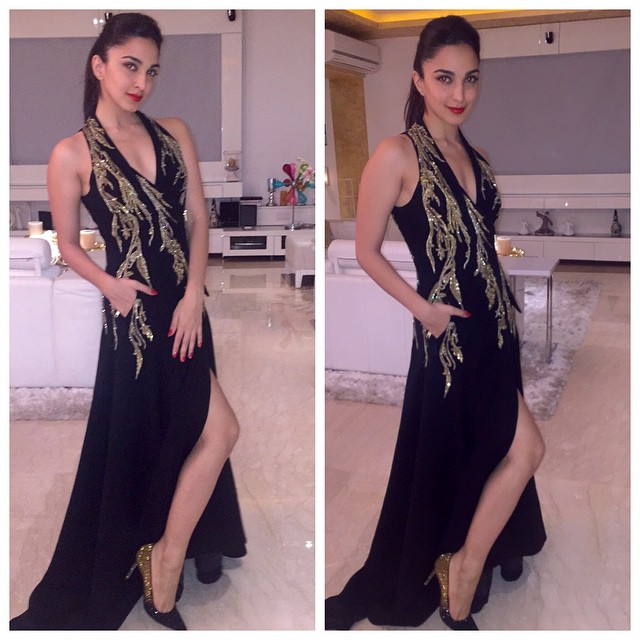 Kiara Advani’s luxurious house is located in the Mahalaxmi area of Mumbai city, and it is one of the reasons why its price is quite high in comparison to other celebrity houses. According to multiple reports and speculations, Kiara Advani’s house is reportedly worth between Rs. 15-17 crores. The whopping price of Kiara’s house sounds quite understandable after looking at its beauty and how each corner of the spacious house is exuding the perfect homely vibes. 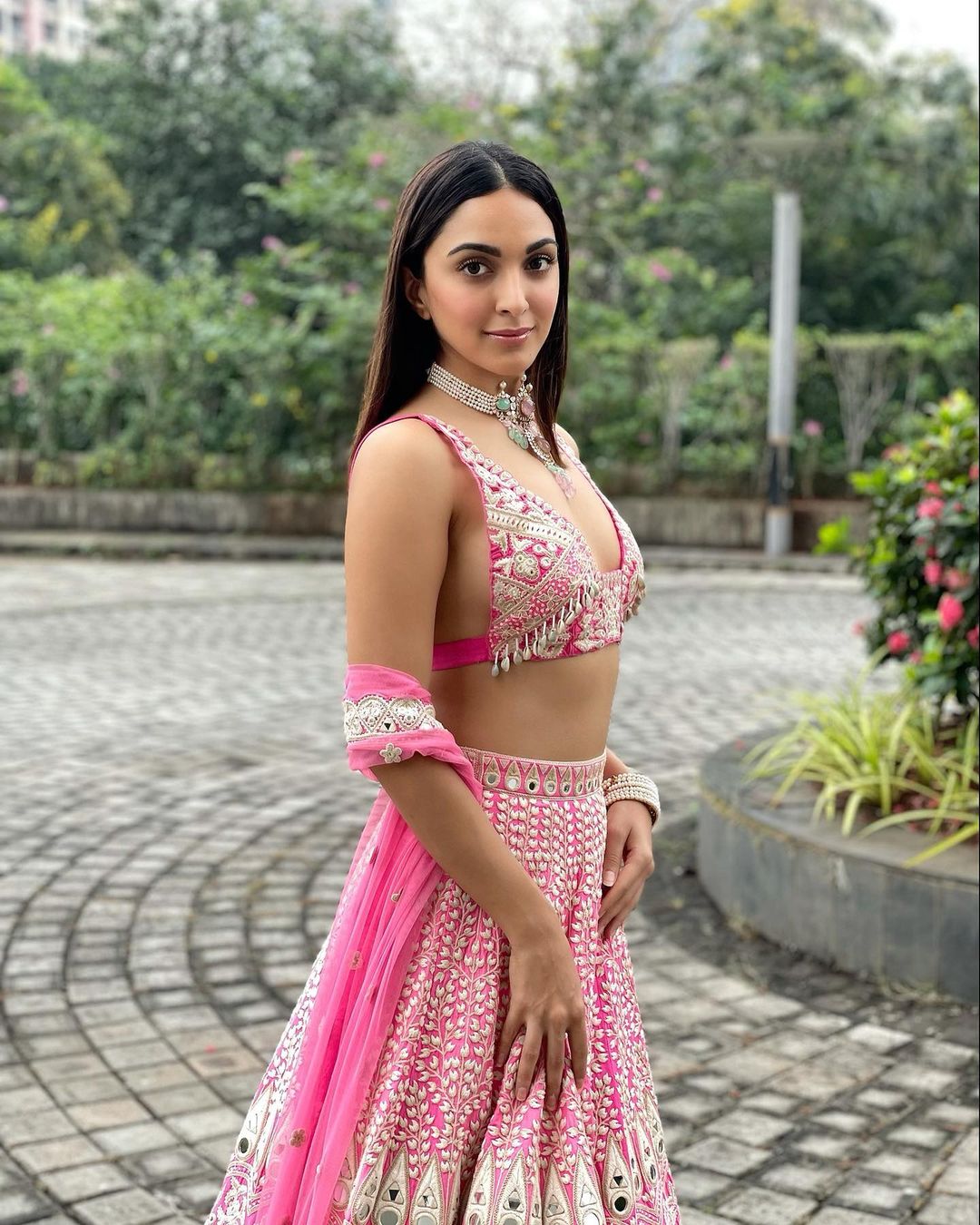 Well, we are absolutely in love with Kiara Advani’s home as it’s the perfect blend of modern architecture and the traditional theme of the entire house. What about you? Let us know!

AWESOME NEWS! Now you can download BollywoodShaadis app and never miss a story. Get App

AWESOME NEWS! Now you can download BollywoodShaadis app and never miss a story. Choose your device Android or IOS (Apple)